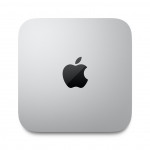 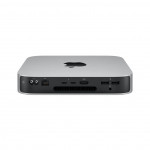 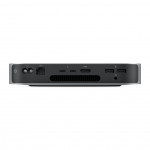 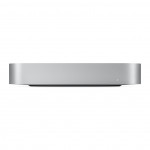 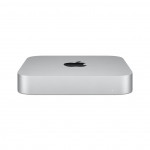 Mac mini M1 2020 is compact and really strikes a chord. With its Apple M1 processor, it is able to handle resource-intensive tasks as easily as just that.

Don't let size fool you. The Mac mini M1 2020 with its M1 processor is truly a machine to be reckoned with. Its many connectivity options allow you to connect to a 6K monitor or transfer data at lightning speed thanks to the USB 4.0 / Thunderbolt ports. With the Mac mini M1 2020, you will take the inside turn on any task you decide to take on.

This MacBook model is equipped with Apple's specially designed M1 processor (SoC - system on chip) with eight cores on both the CPU part and the graphics part. The processor is made with a 5 nanometer production process and has as many as 16 billion transistors for impressive performance and current efficiency. Furthermore, it has Neural Engine and 16 GB of shared memory so that everything runs faster and applications can share data faster between Neural Engine, the graphics processor and the processor. Get ready for lightning-fast image and video processing, rendering, and immersive gaming experiences.

Mac mini has two reversible Thunderbolt / USB 4 ports with up to 40 Gbps transfer speeds that act as a multifunctional line between MacBook and external devices. The ports support DisplayPort video output for running an external 6K monitor at 60 Hz or two external 4K DCI monitors at 60 Hz.

Via the HDMI output on the graphics card, you can connect an HD TV or projector to display images and video in up to 4K UHD resolution on a large screen.

The next generation macOS Big Sur is designed to make using your Mac mini more intuitive, while taking full advantage of its potential. Thanks to its many improvements over the previous version of macOS, the Quality of Life features add a lot to the already impressive Mac ecosystem. Advances made for applications such as Safari and Notes come in handy in everyday life, and Apple Music with Apple TV provides increased entertainment value. Are you sure you want to remove this product from cart?